Sometimes I have success with SEO related stuff that I test that it honestly just makes me sick.  Like legit sick to my stomach because it was so wrong and it worked so well.

Making the perfect fake persona is one of those things.

It’s disgusting how well it works. And I’m also disgusted at how successful I have been doing this.

That being said, I’m going to tell you exactly how I do it so that you can also feel dirty. But seriously, there are legit reasons to do this and I’m hoping those are your intentions.

Let’s face it – we don’t always want our real names and faces out there on the sites that we run. I certainly know that I don’t since people already spend time trying to find my sites.

That’s why I go to great lengths to create elaborate fake personas that pass the journalist sniff test.

I’m talking about repeatedly landing DR80+ links for being an expert with a photo and online background to back it up. Depending on how far you take this, it can be pretty shady so make sure your moral compass is at least slightly tuned. I don’t want you giving bad medical advice out there.

How I used to create fake personas:

That was all I did. The first thing was really stupid since those were photos of real people. And I really just half-assed the second part.

I’d guess that this got me around a 70-75% effectiveness when trying to build links. Basically it didn’t pass the test with the higher authority publications.

How I currently create fake personas:

As you can see, I go all in with my fake personas these days and it fucking works. Though I will say that getting a LinkedIn profile only works around 50% of the time for me. The other 50% they delete it no matter what (still haven’t figured out what triggers that).

I have a lot of success with HARO with this sort of fake persona setup. In fact, those AI images from This Person Does Not Exist have been in lots of high authority roundups that I’ve contributed to online.

I know what you’re thinking, because I have the same feeling – this is kinda shady as hell. It’s true.

Though I never answer anything that could harm anyone or have any real negative consequences. I only ever answer HARO requests that I am knowledgeable about, like the time I answered one about making the perfect pancakes (with a persona).

There’s plenty of reasons to load up your site with a fake persona instead of using your real name and photo. As I mentioned, I do it so that people cannot easily find all of my sites.

There might be other reasons, but those are the ones that I can think right now. So yeah, there’s plenty of good reasons to do this.

But that doesn’t mean that you should…

Despite how effective fake personas can be, they are not always a good idea. In fact, they can cause problems sometimes.

Several years ago I was running a blog with a male fake persona and I got all kinds of requests to go on podcasts…but I couldn’t do that, could I? So, I lost a lot of opportunities to promote the brand and earn some backlinks from those podcast appearances that never were.

Sometimes the HARO journalists want to hop on a phone call with you – it’s rare, but it does happen. Then, what? You can’t really do that unless your fake person is the same gender as you.

Sometimes those AI images from This Person Does Not Exist also have some major fuckups in them. And if you don’t notice before you use it, then you’re screwed.

Like check this one out – wtf happened to the rest of those eyeglasses? 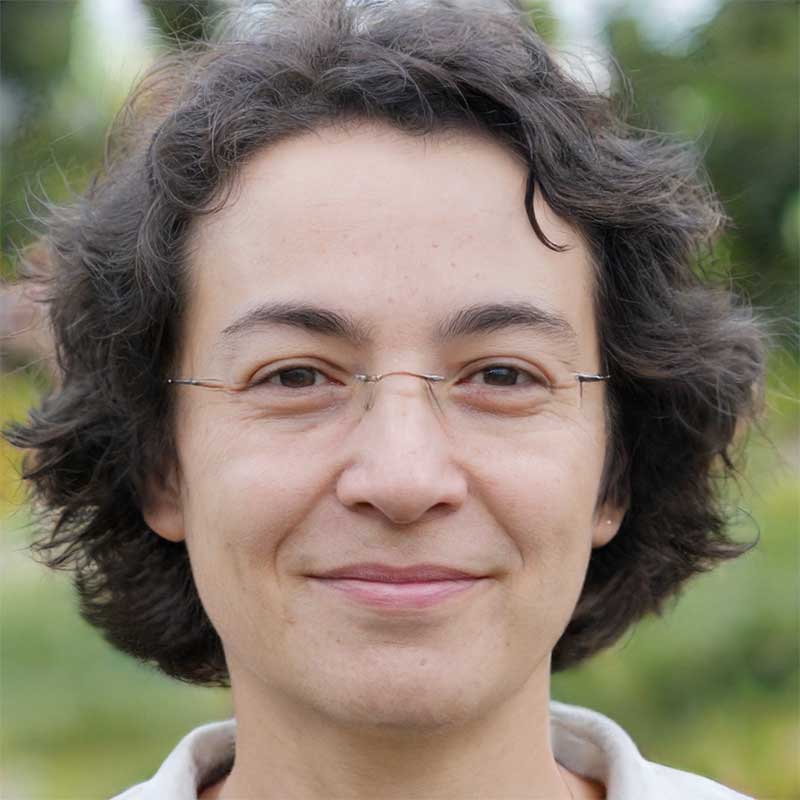 So, if you need to create a fake persona, then this is how I think you should do it. Just keep in mind that there are some downsides to doing it and it might not be the best option for you in the end.