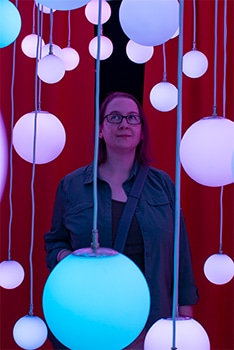 I do SEO. In my pajamas.

I’ve been living my best “daytime pajamas” life and doing this full-time since April 18, 2009 (my first day of cubicle freedom, though technically it was a Saturday – but that still counts, right?) and have seen my income go from nothing to five figures a month.

I build and flip sites for a living.

My biggest income month was around $20K (so far?), but I usually flip my sites around the $2K-$3K/month mark instead of holding onto them for the long haul.

In mid-2014, I started an 11-month RTW trip that was financed by my niche sites.

In late 2015, Amazon closed one of my accounts and my partner & I had to sue them to get the money owed to us. (we won! and they had to pay our court costs!)

In 2019, supported by income from my affiliate sites, I sold everything that I owned and moved from Las Vegas to Amsterdam.

Most of my income comes from my portfolio of sites. But I also make money from ebooks, consulting/coaching, my SEO agency (started in 2017), and a few other random things.

I get asked a lot how I got into doing this for a living.

Here’s the quick read of that boring history lesson:

I’m not a guru. I’m just tired of hearing how there are no women in SEO or Internet Marketing. There’s plenty of us and we make bank just like the guys.

I’m also tired of seeing gurus selling courses and coaching on making money from SEO and niche sites when these same gurus haven’t ranked sites or made decent income from them in years (why people gotta be douche bags?).

I also do a LOT of testing with my sites. I have white hat sites and grey hat sites. I never rely on what the gurus preach as gospel (though at least two people I’ve shared info with are selling it now, go figure), as I prefer to run my own tests. So, if I tell you that something does/does not work, then you can bet your ass that I tested that shit myself. (but I still recommend you do your own testing)

Wanna get to know me better? Here’s some fun facts about me …

I watch a LOT of cartoons, mostly Adventure Time. LSP is my favorite character, followed closely by BMO. And lately I’ve been watching a lot of Steven Universe, Big City Greens (Tilly is my spirit animal), Molang, Ducktales, and Bob’s Burgers (I am so a Louise, lol).

I’m also super into board games, with Splendor being my current favorite thing to play.

I drink a LOT of coffee. Tony’s Coffee out of Bellingham, WA is my go-to brand when I’m in the USA. This is currently my favorite blend by them.

I do this because I love SEO and the game of trying to rank a site and reverse engineering the SERPs.

And because a Bachelor’s degree followed by a MBA left me with six-figure debt that I’m trying to finish paying off (but honestly, at 2.5% I really am in no big hurry to pay it off right now, but I don’t want it to hang around forever, y’know).

And because I like to travel…a lot (if you’ve followed me on Instagram or Twitter then you know that I spend most of my income on travel).

Oh, and because I hate working in a cubicle (my last cubicle job was working as a financial analyst and before that several years as an accountant…yuck).

Honestly, I could give you a million reasons why SEO and online businesses in general are better than working a “regular” job, but I’ll stop here.

If you’re looking to get into the whole building affiliate sites and flipping them for big monies, then consider signing up for one of my courses. People say that I’m a good teacher. My mom says I’m a smartass. Told ya I’m totally a Louise 😉

10 thoughts on “About Shawna Newman”