Just when I thought that all the shady SEOs that were doing this scam were done with it, another one popped into my inbox.

Same shitty behavior, just a different asshole. (or is it?)

This new installment takes things up a notch with a fake lawyer and legal office.

I discovered an email from “Davis Robbins Legal Services” in my spam folder today.

Apparently it arrived 5 days ago but never made it to my inbox. Guess plenty of other site owners already marked it as spam.

Though I suspect a lot of gullible site owners have fallen for it.

In fact, a quick look at the recent new backlinks to the site the email wants me to link to shows that sites are falling for it: 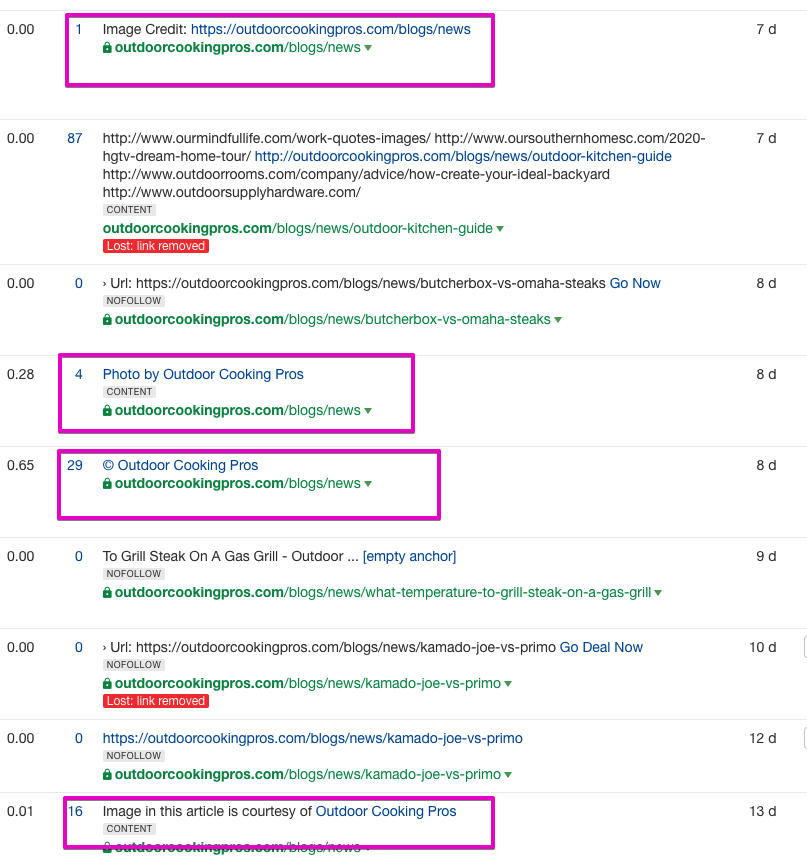 And you know, I can’t fault people for falling for this scam.

You get an email that looks official and it’s coming from what you think is a real lawyer at a real law firm.

You don’t want to be on the line for thousands of dollars.

So, instead of taking a minute to look into things, you just give them the link and thank your lucky stars that you’re not getting sued.

But the first clue is that the lawyer says he’s a trademark attorney…but image copyright is an entirely different thing. 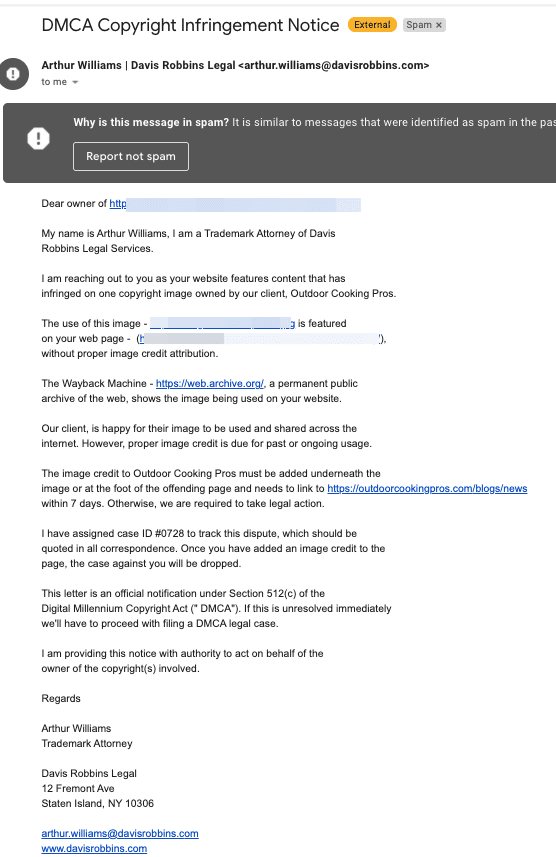 But don’t worry, they don’t want to be compensated for this – just a backlink will suffice.

These scammers are never good at the details, are they?

What’s worse is if that if you Google them, then you find that they’re using the same “case ID” when they send these emails out to other people.

See for yourself in the screenshot at the Pocketables website, where the owner also received one of these scam emails.

These idiots also didn’t even buy an aged domain in the legal niche for this scam. 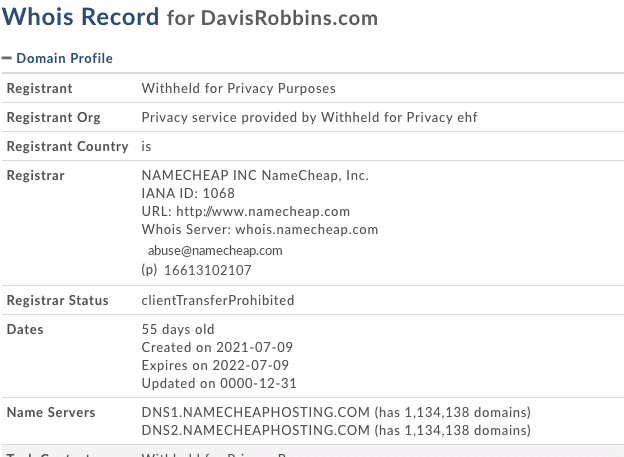 Not likely. Here’s my opinion as to what’s going on –

Initially, I thought what is likely is that we have some lazy ass SEO who can’t be arsed to do real link building for clients.

Instead, they’re trying to scam their way into links for clients with this little DMCA scam.

Why did I initially think this was the case?

Because these backlink scam emails they’re sending out all have different website domains that they want to you link out to.

So, that’s three different industries, with two of the sites being Shopify sites.

With that in mind, I was thinking this is likely an SEO who focuses primarily on Shopify SEO.

I thought that I could find out because I actually emailed the site that was listed in my email from Davis Robbins Legal Services and told them about the scam email and asked for the name of the SEO agency….before I started looking into it and discovered who I think is behind this.

If this were a real company, then I think you could assume the company has no idea this is going on.

But while it is a real Shopify site that likely does drop shipping, the site owner is not a victim here.

This Is Why We Can’t Have Nice Things

With SEOs like this, it is any wonder that this industry has such a terrible reputation?

Of course, I really feel bad for the site owners falling for this scam, who I assume are clueless about what’s going on.

As I mentioned above, I think that at least one of the ecommerce sites is owned by a SEO, probably the one who is behind this.

But I’ll keep that info to myself for a week until I see if I get a response to my email.

Anyways, if you missed the previous drama regarding image backlink scams –

And if I get an update on the SEO/SEO agency behind this, I’ll update this post with a new section right here.

So, I figured I would give it a week to see if anyone wanted to come clean about this scam.

As expected, I got zero response to my email.

But, there has been a new ‘About’ page added to the site now, with some nifty fake photos.

So, the site that was referenced in the fake lawyer email has had the following on the “Our Story” page (I won’t link to it, but you can see the URL in the screenshot below).

I did a web search each of those names + “SEO” to see if either of these people are SEOs, and maybe one is the person behind all of this.

I got nothing for the first name.

But the second one did pop up a result on Facebook – 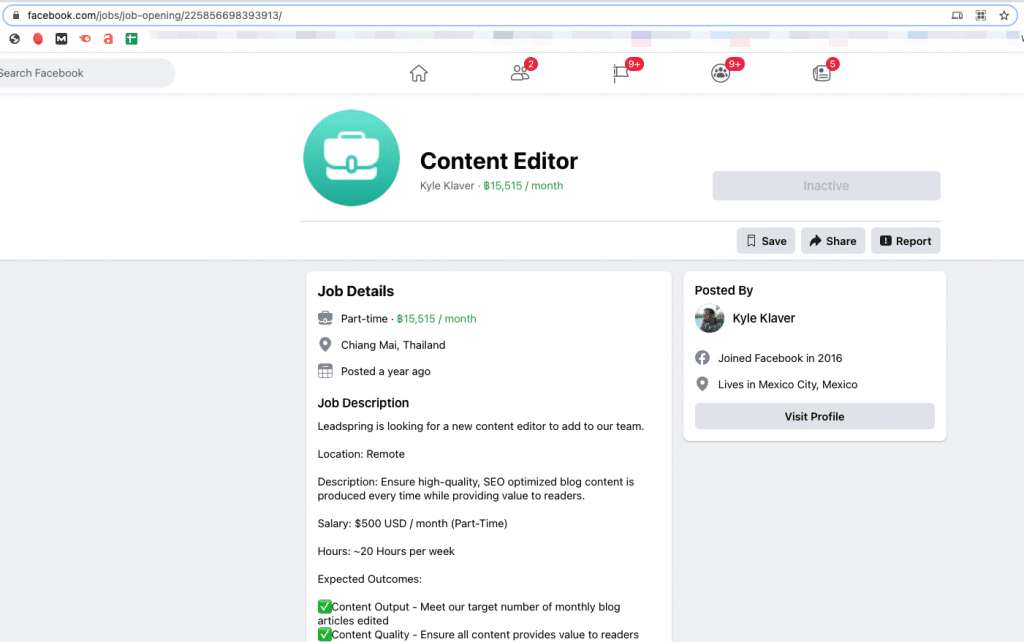 So, the guy running the ecommerce site is working in SEO.

A bit more digging reveals that he now has his own SEO agency being run out of Chiang Mai and got his start with ecomm sites.

But who knows if he’s the one behind the fake lawyer backlink scam or not?

The real question is why does anyone think this is an okay thing to do?

Not to mention the fact that doing this is likely considered fraud.

Since whoever is behind this just can’t get enough scamming in with one site, I’ve also just noticed a new domain registered in the last week. 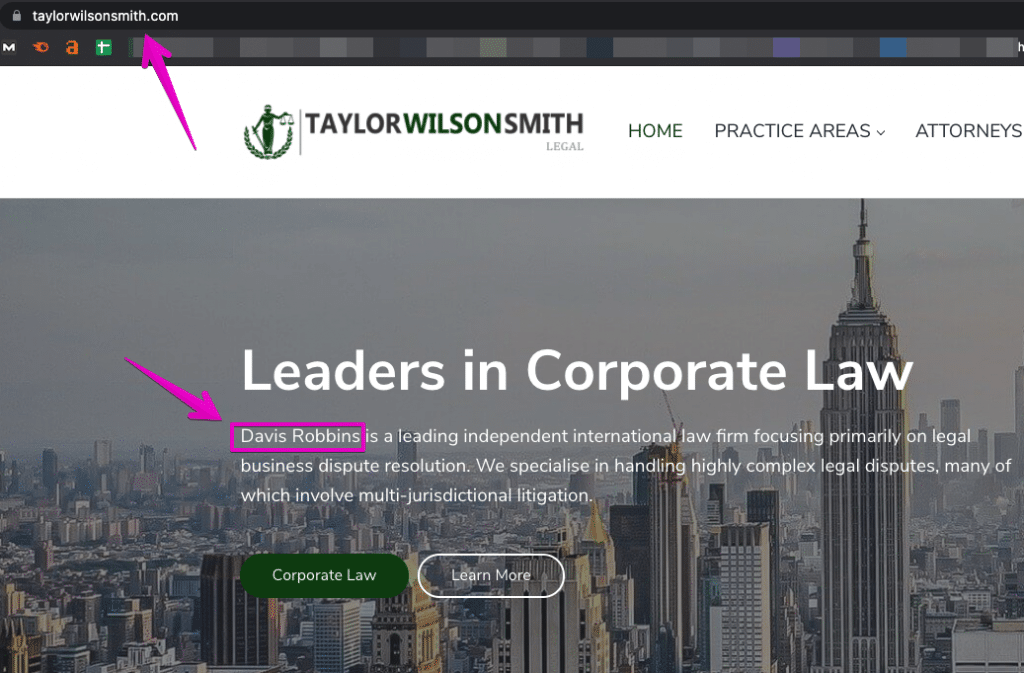 You’ll notice that there was a bit of an oopsie made here.

This is what happens when you re-use a site without changing all of the fake business names.

The genius behind this also left the title tag for the new site reading as “Davis Robbins.”

Yup, there’s another one to watch out for. 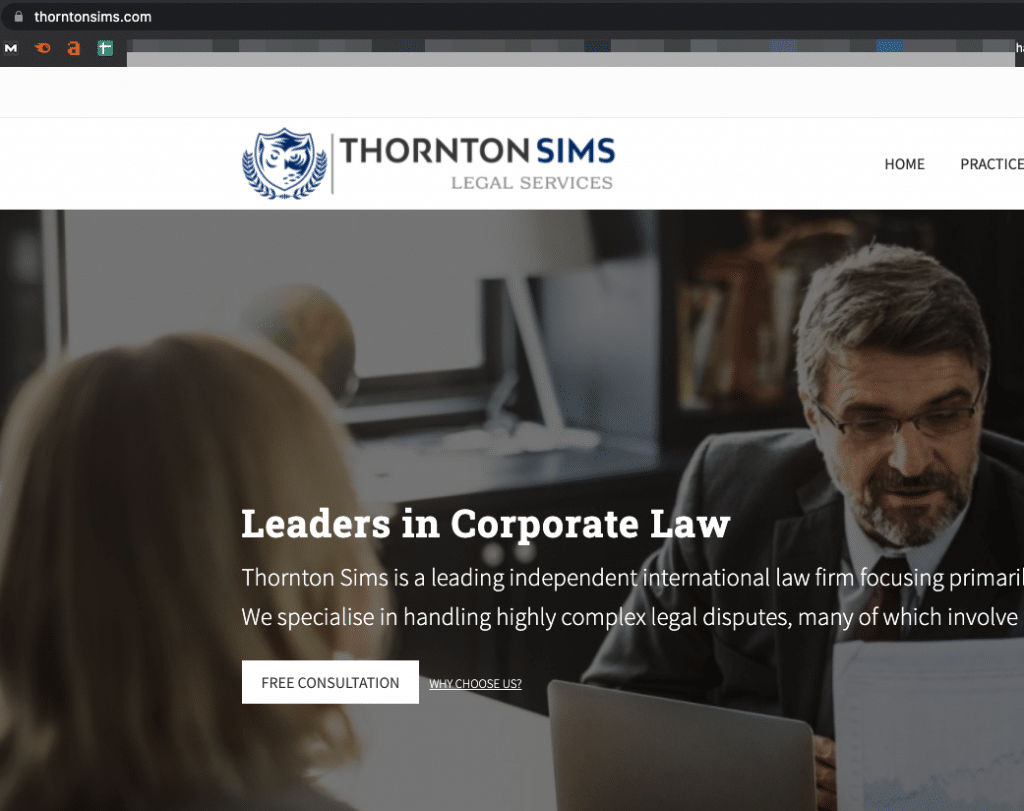 I just can’t with this.

Is it really so difficult to not be shitty and have some ethics?

If you missed the other updates about this scam: