One Amazon Affiliate Site and $1,000 Month in 8 Months | Skipblast Skip to content

People who are interested in getting into making Amazon affiliate niche websites often want to know how quickly they can start making money. As someone who has been paying my bills and traveling the world with the income from a portfolio of niche sites, I know that this was one of my first questions when I started making sites a few years ago. These days, I focus on making sites that net me more than 1K a month, but for someone just starting out this is an achievable goal.

In my experience, you can reach $1000/month from an Amazon affiliate site in about six months. I achieved this in early 2014 and went on to sell that site for just over $19,000 when it was nine months old. The last full month that I owned it, the site made just over $1,100, but the new owner told me that the next month was even better. I haven’t talked to him since, so I assume the site is still earning.

Earlier this year, I managed to get a new site earning $1,000 month within 8 months. Why did it take longer? Two reasons – ranking today takes a little longer than a year ago, and this site is in a more competitive niche. Last month this site made me $3,046 and July is the most popular month for the niche. (This site is for sale if you’re interested in adding to your portfolio).

I know what you’re thinking – these examples are both new sites, so what happens as they age? Do they continue to earn well?

I’m a control freak, which means that I don’t like to outsource much of anything when it comes to my niche sites. I NEVER outsource my money posts. Every so often I will outsource some informational posts on Writer Access or Textbroker. And about 75% of the time, I outsource my PBN articles through INeedArticles.

Sometimes I will use UpWork (previously Odesk) to get some articles written for PBNs or niche sites. This is really a hit-and-miss type of thing though cause sometimes you can score really great writing and sometimes not so much.

Let me breakdown some of my typical costs on how you can do this super cheap and still rank. I’ll use the niche site that I’m selling as the example.

And as of today, this site has brought in a cool $6,181 and I haven’t worked on it since March. In fact, I only spend about an hour checking for out-of-stock items every so often.

It is important for me to mention that I don’t follow this same exact spending blueprint for each of my niche sites. Often, I will use a Hoth Mini backlink package because they are cheap and effective. I’ve been using them on my sites for well over a year now and never had any issues with their links. In fact, this is one of the first things that I do with a new niche site.

I also typically prefer to use premium themes on my sites, like Thrive Themes or StudioPress Themes. This is really just a personal preference and not a requirement. In fact, of the two sites that I’ve sold in the past year one had a free theme and one a premium theme.

Almost all of my niche sites are supported by my own PBN sites. The number of these that I use per site really depends on the niche. I’m lucky that none of my money sites have been swept up in the PBN penalizing, but I do tend to put a bit more effort into most of my PBN sites compared to what the gurus preach. Some of my PBN sites have over 20 posts on them! And, when possible, I also try to earn from the PBN sites as well. In fact, one of my niche sites has a PBN support site that regularly brings in more money than the actual money site!

How Long To Start Earning The First Dollar? 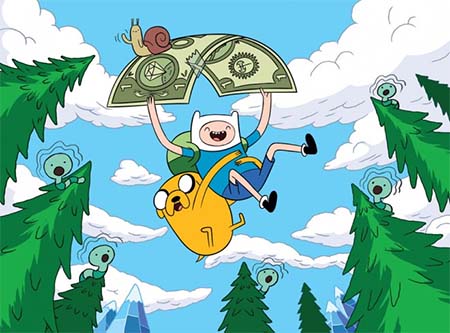 The people that I coach often want to know how long it will be until their niche affiliate site starts earning for them. The truth is that it really depends on the competition for the keywords that you’re targeting.

When I go into low competition niches, I can usually rank a site and start earning very quickly. In fact, a new mini niche site that I launched a few months ago in January made it’s first Amazon sale within three days. And it’s been earning like clockwork ever since.

On average, for me at least, I know that any site I launch will be earning within 3 months. I tend to go after medium and low competition though, so if you decide to create a treadmill site, then this would be an unrealistic time frame ….unless you have the cash to bankroll one hell of a PBN!

Quickest time to $1K/mo for me = three months