When I first got a site into Mediavine, I noticed that a lot of Mediavine bloggers use website hosts that I’d never even heard of, including BigScoots.

So, when I was looking for a new host for my biggest site, I decided to give BigScoots a try.

At the time, I was looking for a managed WordPress host that offers good site speed and good support because I’m not super technical.

Now, after using BigScoots for almost one year, I’m ready to give you my honest review.

Contents show
What I Like About BigScoots
Free Site Migration
Easy To Use Custom cPanel
Awesome Customer Support
Monthly Payment Option
Fast Site Speed
Good Uptime
You Get A Lot For The Money
You Can Add On Sites For Cheap
What I Don’t Like About Big Scoots
Kinda Pricey
Should You Move Your Sites To BigScoots?

I’ve used a variety of website hosts throughout the last 10+ years, but here’s what I like about my experience with BigScoots.

I love that when you sign up with BigScoots that you get a free site migration.

My site migrations were super fast too. They got started almost immediately and less than a half hour later, they were done.

Easy To Use Custom cPanel

BigScoots doesn’t offer that traditional cPanel that you get with a lot of cheap hosts.

Instead, they have a custom cPanel that basically gives you all the same things you are used to using, without all the junk that you never used.

If you’re coming from WPX or Siteground’s Site Tools, then you have an idea of what to expect here.

I’ve had to contact support more than once when I’ve messed around with my sites that are hosted at BigScoots. (yeah, I break stuff)

And I’m happy to report that they’re not only really great with the support, but they are also super quick to respond to you.

And whenever I break stuff on my sites, it gets fixed really quickly.

If you remember when Siteground has good customer service, then you’ll know what to expect here.

I’m not normally the type of person who likes to pay for monthly hosting, but when I first started my testing with BigScoots I didn’t want a long commitment.

I didn’t know if I was going to like their service, and I didn’t want to be locked into a year-long contract. (Kind of like how I still have a pre-paid 3-year Siteground account that I’m just waiting for it to expire).

But it is super nice that they have monthly payments.

My sites I’ve got hosted with BigScoots load super fast. In fact, they load as quickly as my sites on Cloudways.

And yes, they load faster than when these sites were on WPX hosting.

They also set your site up on Cloudflare because they’re partners (or something like that) with them.

This is one of those things that’s always important when it comes to choosing a web host.

My sites with BigScoots have gone down a couple of times in the last year, but that was due to Cloudflare going down.

So, I’m happy with the uptime, so far.

You Get A Lot For The Money

So, I’m not super technical and I once got a VPS account where I had to manage shit in WHM and I was so out of my element.

And I vowed to never get an account like that again, yet I also really wanted the speed and room to scale that VPS hosting offers.

I also didn’t want to pay the expensive fees for a managed VPS.

BigScoots offers the perfect solution with their managed WordPress hosting – cause you end up on a virtual dedicated server, which is almost as good as a VPS (or so I’m told).

You Can Add On Sites For Cheap

Like a lot of hosting companies, the plans at BigScoots are based on the number of sites you want to host with them. And the lowest plan is for one site.

But what if you have two sites and you don’t need the next plan, which is for 10 sites?

No worries! Because you can add on additional domains to your hosting plan for just $9.95.

You knew it couldn’t be all good, right?

If you’re already using a “more expensive” host like WPX, then you might not think much of the BigScoots prices. But, I think they’re kinda high for a lot people. 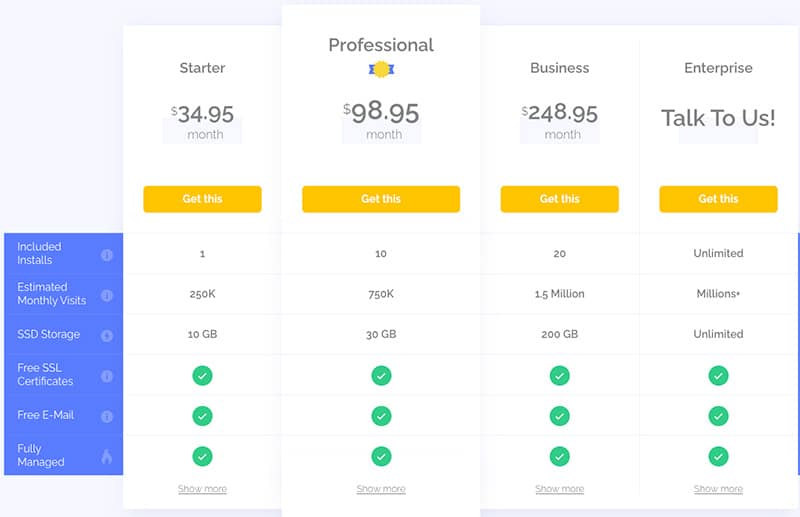 After a year of hosting two sites with them, that’s the only negative thing that I have to say about BigScoots.

Should You Move Your Sites To BigScoots?

If you don’t mind the cost of their managed WordPress plans, then I highly recommend them. They also offer more traditional shared hosting at a cheaper cost, but I’ve not used that.

Right now, I’ve only got two of my sites with BigScoots and the rest are at Cloudways.

Currently, this site is hosted on that old Siteground account of mine that (finally) expires this summer, and I’ll likely move this site to BigScoots when that happens.

For me, I do think I will eventually move even more sites to BigScoots. As my sites grow, I always feel like I need the peace of mind that a host with great support offers.

And it’s no secret that Cloudways support is fine but nowhere near the level of BigScoots…and remember, I often break things on my sites, so I need the hand holding sometimes.

But if you can afford it, then I suggest moving over a site or two to BigScoots and giving their managed WordPress hosting a try.

I find their faster site speed load time is well worth it, especially with site speed becoming a ranking factor soon.