It’s been a while since I’ve had the time to update this case study.

While you may think that means things have gone awry, that is not it.

Honestly, I’ve just been swamped, so this will be a multi-month catch-up of what’s going on.

Spoiler alert: a lot of the same

I got more done on this site in April than I did in May as a result of another site in my portfolio getting hit by the algo update and distracting me.

For April, I got up 30 posts and only half that amount in May.

Traffic in April was up, likely due to the content push in both March and April. 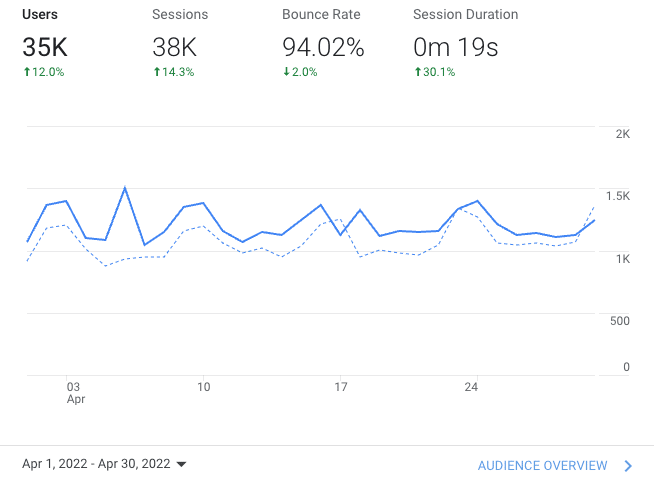 But, likely as a result of my neglect, the site did slip a bit in May.

Granted, it’s also probable that the SERPs turbulence from that massive core update is to blame here.

It wasn’t a big drop though, so it wasn’t really something that I worried about for the site. 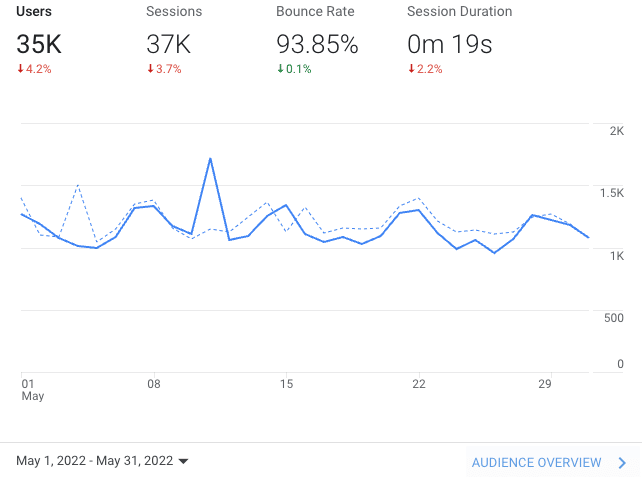 As with the previous update, the new content that was posted on this during this two-month period was largely from using LowFruits.io and focusing on those low competition types of keywords just cause they’re so easy.

And honestly, that quick traffic – even if it is a small amount – is a nice injection for your site if you’re focused on traffic patterns.

Truthfully, I didn’t really do much on this site during these two months so there aren’t really any insights to share here.

Except that you can neglect a site and still have it bringing in money.

One interesting note though is that I discovered that someone I know, and who knows my domain, started competing with me and has been poaching those easy keywords that I was ranking for and dropped a few spots.

But on a more positive note, the income for this site is back to trending updwards.

Despite my renewed interest in this site as of the previous update, things didn’t quite go as planned.

That being said, at this point I am focused on being happy that the core update didn’t wipe out the site since I did see some aged domain people talking about getting hit.

And, spoiler alert, I think it will be late August before I’m back to being able to focus on this site for various reasons.

Here’s how the 30 day period for this update looked:

I think it’s been obvious for a while that I’m tired of this site. Especially since sites like the Project Pepperoni site are more exciting to work on.

So, I’ve decided that I’ll likely sell this site before the end of the year, regardless of if I meet my original goals.

That’s unfortunate since I’m still not profitable on this site, but cashing out with only a small profit is exactly the way it goes sometimes.